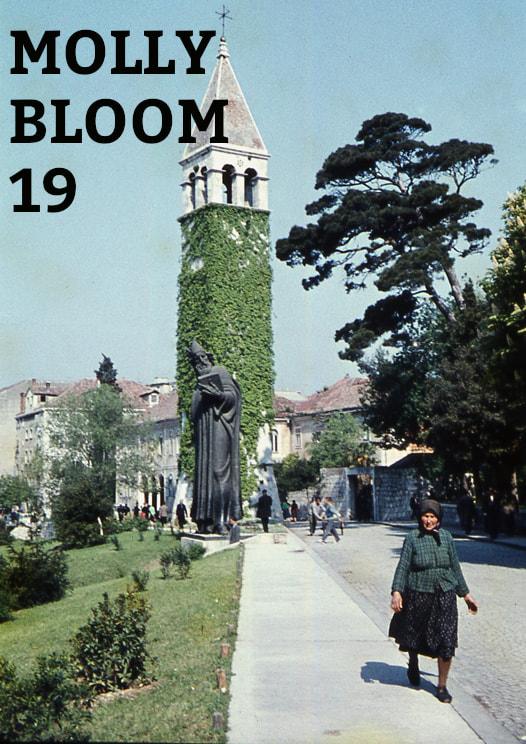 What’s in a name? Had I been Alexander (Alec, Sandy or Sasha), as apparently I might have been, how different a person would I have been? If He Do The Police In Different Voices had retained that working title, instead of being renamed The Waste Land, how different a path might 20th-century English-language poetry have followed? And how might the interpretation and reception of my next book – the collections of poems I may now finally have finished
obsessively arranging and rearranging – be affected by my ultimate choice of title? Would A Clergyman’s Guide to String Theory (the working title for most of the eight years it’s been accumulating) be a fundamentally different book than, say, Halifax Road or Wonders of the Age, both recent additions to the long list of attempts to find the right name? Having lately lit upon a couplet by Bertolt Brecht as the perfect epigraph – “In the dark times / Will there be singing?” – am I right to be drawn towards Voices in the Dark? Given the range of voices that pervade the poems – more, I fancy, than were ever ventriloquised by Eliot – and the nocturnal habit of so much of their composition and recomposition, there seems a rightness to it. But will I still love it tomorrow? Would Darkness With Voices perhaps be better? Or There Will Be Singing, which might suggest a  thematic continuity with my last, Life Has Become More Cheerful. And whatever became of The House Has Been Eaten by Birds?
​
It’s hard now to imagine Molly Bloom being called anything else, though that name was hit on in a hurry in 1980 when I was told by a former co-editor that I couldn’t go on using Perfect Bound. Which would, it’s fair to say, have been a fairly silly name for a stapled mag, as the first Molly was, and perhaps even sillier for one that now lives online only.
It’s hard to imagine, too, looking at the list of names to the left of this, that I seriously considered a few weeks ago that online Molly might never extend to this 19th edition. So here is one reason to be grateful to the often maligned Facebook. For it was in the Molly Bloom Facebook group that I expressed my despondency at the general level of submissions received; not that what was coming in was bad, just that most of it didn’t feel like Molly Bloom material, didn’t fill me with the enthusiasm required to go through the process of preparation and publication.
Allergic though I generally am to simile, I can’t avoid the image of that Facebook post as being like standing under the eaves of a snow-covered roof at the start of the thaw and poking at the overhang with a long stick. Within the hour the first submission had landed. With 24 I had enough for a good edition. Within a week I had to return to Facebook and tell the group “no more”. So here it is, as requested: the richest, deepest Molly Bloom yet.

Aidan Semmens, editor, May 2019
"My poem
is finished and I haven't mentioned
orange yet. It's twelve poems, I call
it ORANGES. And one day in a gallery
​I see Mike's painting, called SARDINES."

- Frank O'Hara,
Why I Am Not a Painter